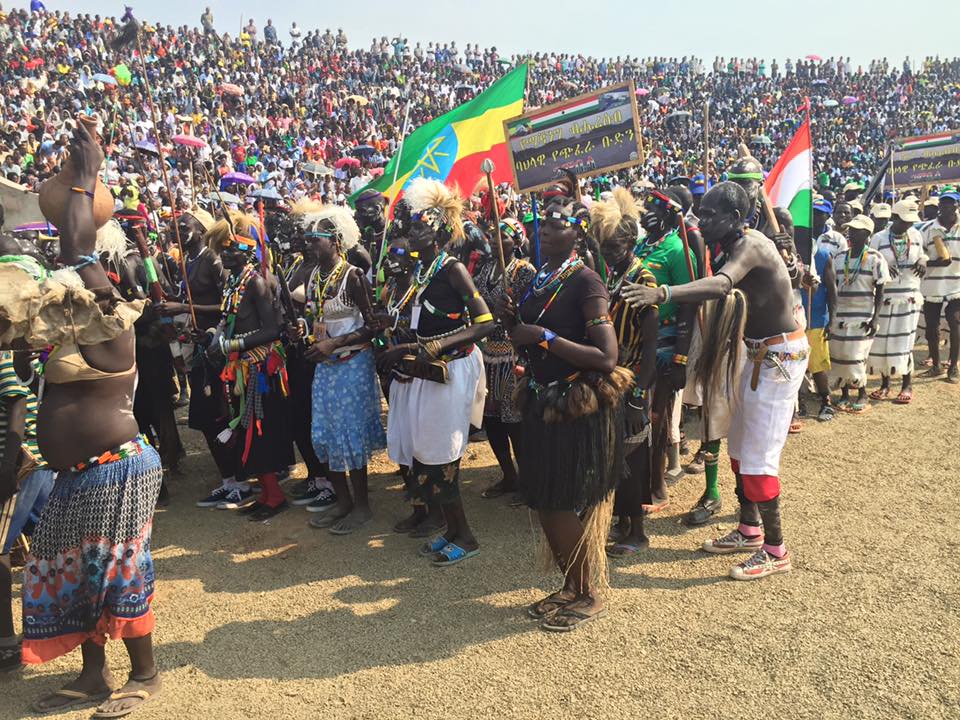 As of yesterday, five Nuer Ethiopians were murdered in cold blood by highlanders in Gambella town the same way 8 Ethiopian highlanders were killed in Jewa camp last week. All victims were unprepared and unaware about what was to happen to them.

This is a sad moment for Gambella because so many hearts have already been broken whether it is an attack from the Murle primitive tribe of South Sudan against the Ethiopians or a highlander versus Nuer. Whatever death is recorded as a result of being inflicted upon a fellow Ethiopian hurts much.

The Nuer Ethiopians are not happy about what happened in Jewa camp to Ethiopian highlanders but what the culprits fail to understand from the highlander community is that those refugees are not Ethiopians. They are South Sudanese and in South Sudanese behaviour vengeance is their way of life. No wonder why their country scrambled.

They can do it to anyone even if it is a small community among themselves. When things like the motor vehicle incident that happened occur, they can kill each other for it. Even if the driver was to be an Ethiopian Nuer, they could still come to Gambella town and kill any Ethiopian Nuer they could get like they did to the highlanders. So it is a South Sudanese conduct which should have been considered as such.

South Sudanese Nuer differ significantly in activities and behaviour with the Ethiopian Nuer and more importantly we should take notice of our boundaries as Gambella would never be a part of South Sudanese territory.

Unfortunately, this has yet become another heinous crime as our highlander brothers have failed to understand such facts. Simple analogy to this would be like killing an Irish man for an offence the British guy committed just because they both speak English. Would that make sense and again where is the due course of the law?

The Nuer Ethiopians never seek retribution against any highlander in the region especially when it come to the deaths involving motor vehicle incidents. The Police department should give us these facts. But all the slain Nuers by highlanders yesterday and the day after are Ethiopians who have never set foot on South Sudan soil. So why should they get held to account for a problem inflicted by South Sudanese?

Those victims were born, raised and bred in Gambella national regional state. But because of the language and the common name they both share with the Nuer Sudanese, the highlanders did not think far enough and resorted to South Sudanese barbarism and murder their fellow Ethiopians.

Everyone in Gambella knew where the incident occur. If we were to be primitive enough and think like South Sudanese, we could have just gone to Jewa Refugee camp and set it in flames but not destroying Gambella city because 8 lives taken by the refuges and five lives taken by the highlanders are far too many.

Many Nuer Ethiopians did not take the matter seriously part of the reason why they are finding it very hard to comprehend that their fellow highlanders would kill them. Highlanders are known in the region for their full understanding of the rule of law, respect for human right and fear of God. No one ever seen them resorting to that sort of violence against the Nuer. They form a greater part of the Gambella community which allows the Gambella Regional Police and the Ethiopian Federal police in doing their jobs without threat or any harm to the perpetrator.

But for this incident, it is sad to see that they haven’t thought wide enough. Everyone needs to think deep when doing something bad like this because we are all humans. No one is going to walk free after taking human lives.

The Murle who have killed us and abducted our kids are finding it hard to walk free eventhough they are from another country. So how could any criminal walk free when our law could still catch him? Ramifications are severe for every citizen in Gambella. There are highlanders everywhere throughout the region in the Nuer zone and in the New land area. The same is true for Nuer Ethiopians who are also everywhere in the Ethiopian highlands whether studying in Mekele University or just escaping the Gambella heat and choose to live in Addis Ababa or Jimma.

So if we do this tit for tat killing, are we going to finish off our generations? What is one going to get after taking the live of somebody else? For many peace lovers and God fearing individuals, there is no pride and joy in killing a human being particularly when that human being is an Ethiopian