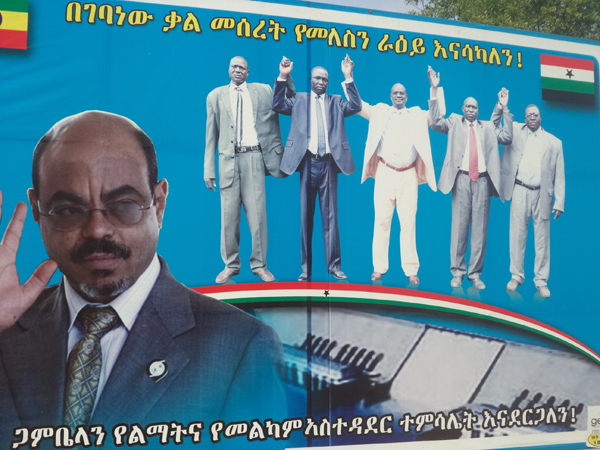 Gambella National Regional State is enjoying a great deal of peace and understanding among the ethnic groups of the region. There is no better unity today in Gambella among the indigeneous people of Gambella which they could wish for than the one they are currently enjoying.

The five ethnic groups of the region along with Gambella habitants from highland Ethiopia are united than ever in harmony and peace. This is a postive aspect for the economic developemnts to take shape in the region given the recent past which had engulfed the region more than a decade ago. Currently the Gambella tribes are enjoying a great deal of peace and acceptance among themselves.

As a person who had spent sufficient time in western countries where ethnicity has no border, I was elated to see that the western notion had also reached Gambella. The Gambella people nowadays are not defined by ethnic lines rather by a likeminded elite from all ethnic groups who want to lift Gambella from despair and neglect it had received during Mengistu era.  I am glad to see that the Gambella people’s thought is much the same like those of the western countries where ethnicity does not create a hole in people minds. To put this in perspective, a young Nuer lady who was a passanger of the bus I caught to Lare wereda (district) made my trip exciting. She was chattng with a man from Anyuak ethnic group in Dhaa Nyuaa (Anyuak dialect) talking perfectly and confidently well.

While the journey was more than an hour drive to Lare, people of course have to keep talking to keep accompany each other and they later change the conversation to Nuer. The accent of an Anyuak man was as good as that of the Nuer lady. This is a generic situation I Gambella. This bond is not only confined to the Indigenous themselves but extended to other fellow Ethiopians who adopted Gambella as their new home. In Gambella you see Mejeng, Oppo, Nuer, Komo or Anyuak person having breakfast, lunch or dinner together. This is a very positive atmosphere walking together ive   nNuer talking to Anyuak in Anyuak dialect and vise versa.  The same is also true for the indigenous Gambellians with their fellow Ethiopians from High land regionals states who have adopted Gambella and chosen it home. It now does not bother Gambellians wherever an individual wants to live whether it is Gog, Lare or Mengesh. There is no prejudice and that is very positive atmosphere for the people of Gambella because stability of the region would implies to investment opportunities which in turn would create jobs for the Indigenous or alleviate poverty for the poor an example of which is a farm between Lare and Itang where local Gambellians are employ to harvest crops.