As Ethiopian Diaspora particularly from Gambella Region which is experiencing civil unrest, we urge and appeal to the Federal Government of Ethiopia to diligently keep an eye on the Gambella Unrest to save lives. The killing between the two dominant tribes, Nuer and Anyuak, against one another must be condemned and ended. Those who are taking part in destabilizing the region must be brought to justice and that is the only view we believe will bring peace and deter potential criminals.

Gambella people should not get into bloodletting just because Mr Obang Metho whispered over their hears to preach hatred and demand an unjustified change of leadership simply because he want his own version of a person who represents his extremist view. For those who do not know about Obang or his background, he is the leader of Solidarity Movement for a New Ethiopia (SMNE). 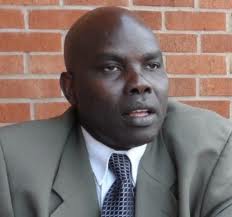 Obang Metho, Founder of SMNE and its Version DhalDiim in Gambella

The recent peace deals reached by the Prime Minister, Dr Abiy and other pockets of organisations and rebel movements including Obang’s movement were given a leeway to articulate their political path through dialogue. This was a significant strategy which carries the demand and aspirations of all citizens of Ethiopia.

But Obang is still holding the view he held when he was outside the country. He still has a high disregard of the state authority as well as of the federal government. Here are reasons why we think Obang is still a danger.

Firstly, he labeled the Ethiopian Deforce on his facebook page as barbaric eventhough they were stopping a criminal gang armed with weapons in the aim of causing harm to the population. Secondly Obang did not condemn the youth whatsoever when they broke into Gambella Prison and violently took out a criminal who was arrested for a criminal offence by Gambella judiciary.

This itself shows that he had a very great undermining for the rule of law be it federal or state levels. Frank writing this article, there is no government anywhere in the world that would allow criminals with knives to kill innocent people and got praised for doing that.

You would be shot dead in USA by walking on a street with a pair of scissors let alone having to walk with a kitchen knife or a gun. When it is a gang of three or more, that is even worst. Therefore, why should the Ethiopian government allow such sort of behaviour? Only Obang can answer that.

Obang is movement and activities need to be monitored. He is using unrest in other regions like Somali, Benishangul-Gumuz, Afar or Southern Nations, Nationalities and Peoples Regions which are in some sort of flames as a chance to promote is extremist view.

When he was asked on Esat News (the then anti-government fake news) about the cause of violent, Obang described it as a youth movement who demanded to see a change of leadership. What he did not narrate was that it was not all the youth of Gambella who demands such change.  In fact, it was a tiny an SMNE version in Gambella he formed from Anyuak community.

That group is called Dhaldiim.  Obang and some other Anyuak extremists mostly from North America, Europe and Australia fund this group ostensively to evict members of the Nuer tribe in Gambella in the pretext that Nuer are none Ethiopians who took up Anyuak land.

For their plan to work, they want to install not just an Anyuak but an extremist Anyuak into presidency who holds the same view as theirs so that their plans can be obstacle free. They hated so much the Vice President of Gambella who happened to be an Anyuak. Their view of him is that he represents Nuer ideology because he does not like Gambella Politic to be so tribal as Obang and his group would like it to be. They swear at him calling him a Nuer.

Obang saw their plan to work after witnessing a widespread violence all over the country with youth arming themselves with machete and sticks to drive out those they think are none indigenous to a certain location or place such as the case for Burayu. This was what he said when he appeared on ESAT TV with Gass Ahmed, the President of the Afar Human Right Organization. They both said in a joint statement that ‘the people in three regions have continued to be subjected to repressions by regional administrators.

This is a complete lie as far the case for Gambella is concerned because the main motive of the Dhaldiim group Obang formed was a reverse of what they said.  Over ten days ago, this group attempted to match into Nuer neighborhood to kill innocent Nuer. If it was not for the intervention of the Ethiopian Defense Force, it could have been the worst massacre the country had ever seen.

But Obang is a guy which many Ethiopians notably from the highland see as a champion for peace. But this is contrary to what is happening in his home state Gambella. Right now, as you read this article, there are people weeping who have lost their loved ones just because of his toxic policies and hatred against the Nuer Ethiopians. The death toll so far since he set foot in Gambella is well over 50s.

Eventhough his group met the full force of the law from the Ethiopian defense force, Obang is still of the view that the Dhaldiim youth must continue resistance until all refugee have been cleared out of Ethiopian soil notably from Anyuak land.

The Nuer are finding Obang scenarios difficult to grasp. Despite Nuer having six woredas in the region with Gambella town excluded as it is a special woreda for all, some Anyuak extremist including Obang could not help themselves in considering that Gambella is equally a region for all those who dwells in it including the Nuer.

That tagging as refugee is not taken lightly by Nuer. They see it as an insult not only to the living but to those who gave ultimate sacrifice in defense of Ethiopia against the Fascist Italians, against the Somalian invaders under President Siad Barre in the late 70’s, and in the Ethiopian Revolution War under the Dergi regime as well as the Ethio- Eritrean war in the late 90’s.

Obang and his group do not see Nuer in the region as equal citizens like Anyuak are. He does not see the contribution and the sacrifice the Nuer ethnic group have made to this country.

Yet he see himself as a champion of equality. In fact Obang is a contradictor to his cause if in fact he stands for humanity. He is a man whose Ethiopians should get concern about. He sees himself as a champion for human right and democracy, but he is the most tribal being Ethiopians have ever known. Right now, he is causing a major problem not only for his mob against the Nuer ethnic group, but he is also involving the OLF members into his group. You only have to look at the images to see the OLF Flag. The Nuer and the Oromos have no problem among themselves. Oromo have big businesses in the Nuer neighborhood and they have been together since Gambella start to exist. Only God knows how far back that was. No Oromos ever lost his life as a result of Nuer hate crime. But Obang os trying to educate young Oromos in the region the same way he doing to young Anyuaks that the Nuer are bad and none Ethiopians.

The Nuer are not a federal government. The OLF is as good as any other movement including Obang his movement that have been allowed to preach peace in the country. Like any other Ethiopian in the country, the Nuer want a peaceful Ethiopia where everyone is happy and work for our great nation.

We called upon the federal government to have a chat with Obang about what the Dhaldiim views are all about. Gambella was very peaceful until Obang came in and formed this group which causes mayhem.

We the Gambellian Diaspora ask the Gambellians at home not to listen to anyone who whisper hatred, violence or death onto their hears. After all, we are all one people.

The Author of this article is an Ethiopian citizen from Gambella Ethiopia residing in Melbourne, Australia

He can be reached via nbuomjesus@yahoo.com

Previous Post Ethiopian Federal Government must save lives in Gambella and punish those who instigate violence
Next Post Prime Minister Dr. Abiy needs to change course in some policies he introduced in Ethiopia